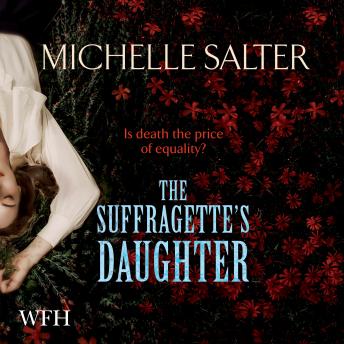 In a world where men rule, can a woman ever succeed?

Trainee journalist Iris Woodmore is invited to accompany Mrs Sybil Siddons, only the third woman to ever stand for Parliament, to a debate at the House of Commons.
Iris is thrilled but scared. The place holds painful memories. Her mother, Violet, died there when she fell into the River Thames during a daring suffragette protest in 1914.
During the trip with Mrs Siddons, Iris's world is turned upside down when she discovers her mother didn't fall - she jumped.

Iris tries to find the suffragette who was with her mother on that fateful day, only to learn she disappeared shortly after the protest and has been missing for six years.
Iris needs to know the reason behind that fatal jump, but her investigation uncovers more secrets than she could ever have imagined...