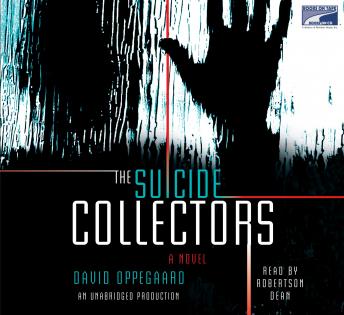 In one of the most stunning debuts to come along in years, reminiscent of Philip K. Dick’s best work and P. D. James’s classic The Children of Men, David Oppegaard gives us a world whose near future presents some terrifying realities.

The Despair has plagued the earth for five years. Most of the world’s population has inexplicably died by its own hand, and the few survivors struggle to remain alive. A mysterious, shadowy group called the Collectors has emerged, inevitably appearing to remove the bodies of the dead.

In the crumbling state of Florida, a man named Norman takes an unprecedented stand against the Collectors, propelling him on a journey across North America. It’s rumored that a scientist in Seattle is working on a cure for the Despair, but in a world ruled by death, it won’t be easy for Norman to get there.

“The Suicide Collectors takes us to a startling theme we haven’t encountered before, with every page a thrilling new surprise.” ——Stan Lee, co-creator of Spiderman