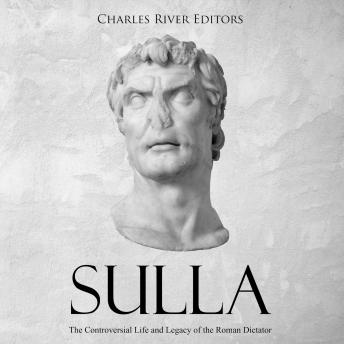 Sulla: The Controversial Life and Legacy of the Roman Dictator

It’s quite possible that none of what Caesar did would’ve happened without the template for such actions being set by Lucius Cornelius Sulla 40 years earlier. At the time, when Caesar was in his teens, war was being waged both on the Italian peninsula and abroad, with domestic politics pitting the conservative, aristocratic optimates against the populist, reformist populares, and this tension ultimately escalated into an all-out war. One of the leading populares was his Caesar’s uncle, Gaius Marius, a military visionary who had restructured the legions and extended the privileges of land ownership and citizenship to legionaries on condition of successful completion of a fixed term of service. In the late 2nd century BCE, Marius had waged a successful campaign against several Germanic tribes, and after earning eternal fame in the Eternal City, Marius was appointed a consul several times, but in 88 BCE he entered into conflict with his erstwhile protégé, the optimate Sulla, over command of the army to be dispatched against Mithridates.

Sulla had become renowned in Rome as a general during the Jugurthine, Social, and Mithridatic Wars, but naturally he is now remembered for the gruesome acts committed during his tenure as Rome’s first lifelong dictator. Sulla’s unprecedented period of one-man rule is viewed by many historians as a means of re-establishing peace and order in Roman politics while safeguarding the Republican system from abuse by powerful individuals. In other words, with no small amount of irony, Sulla justified assuming sole power temporarily to prevent others from doing so in the future. However, there are also those who believe that Sulla was just another ambitious politician who wanted to seize power for himself, and once he had power, he used it to carry out mass murder against his political enemies. Either way, the civil war that Sulla ended would give way to another civil war 40 years later.

Sulla: The Controversial Life and Legacy of the Roman Dictator

This title is due for release on June 12, 2020
We'll send you an email as soon as it is available!