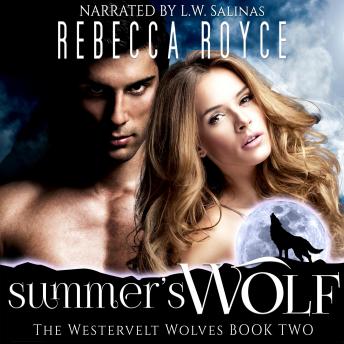 Three years ago, Summer Morrison’s happy, normal life was thrown into upheaval. Forced to discover, before she was ready, that she was half-wolf shifter and mated to the pack’s enforcer has left Summer moody, shaken, and resentful. When tragedy strikes her family, Summer is forced to come back to the world of the Westervelt Wolves…and into the arms of Cullen Murphy.


Cullen has waited three years for Summer, having promised her mother he would give her time to grow up. But he’s never forgotten his mate and craved her presence since he first saw her on the battlefield three years earlier. The trouble is, now that Cullen has Summer, he has no idea what to do with her. Three hundred years of being alone has left Cullen socially inept and more lonesome than he would ever admit. He lives with the guilt and shame of his deeds, while knowing his role is pivotal to the pack’s survival.


Together, Cullen and Summer will heal each other’s wounds and discover that life is worth living as long as they are together. Now there’s just the little matter of Kendrick and Claudius, their evil henchmen, the army of miscreant wolves, and the demons that keep attacking. If they can survive, their love will be everlasting. But failure will mean not only their destruction, but the end of the Westervelt Wolves.


When love is eternal, failure is not an option.