Summertime, All the Cats Are Bored: An Inspector Sebag Mystery 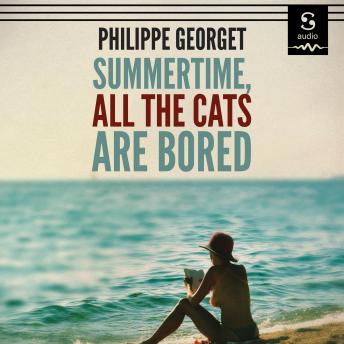 The first Inspector Sebag mystery. “The plot is intricate and tense . . . [A] fantastic French ticking-clock thriller.”—Daily Mail
It’s the middle of a long hot summer on the French Mediterranean shore and the town is teeming with tourists. Sebag and Molino, two tired cops who are being slowly devoured by dull routine and family worries, deal with the day’s misdemeanors and petty complaints at the Perpignan police headquarters. But then a young Dutch woman is found murdered on a beach at Argelès, and another one disappears without a trace in the alleys of the city. Is it a serial killer obsessed with Dutch women? Maybe. The media senses fresh meat and moves in for the feeding frenzy. Out of the blue, Inspector Gilles Sebag finds himself thrust into the middle of a diabolical game. In order to focus on the matter at hand, he will have to put aside his cares, forget his suspicions about his wife’s unfaithfulness, ignore his heart murmur, and get over his existential angst. But there is more to the case than anyone suspects.
“This is a superlative debut novel from the world of French noir. A perfect beach read.”—La Repubblica
“[An] appealing hero . . . a crime novel très formidable.”—Publishers Weekly (starred review)
“Georget provides great details along with a pace that lets the reader soak up those late-night swims and wine-soaked dinners in the end-of-summer Mediterranean heat.”—Star Tribune
“A stylish debut novel . . . A superior beach read for fans of international crime.”—Booklist

Summertime, All the Cats Are Bored: An Inspector Sebag Mystery