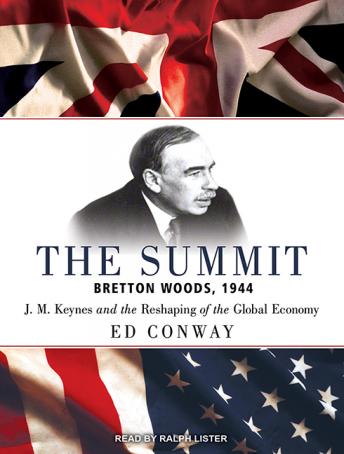 The Summit: Bretton Woods, 1944: J. M. Keynes and the Reshaping of the Global Economy

The meeting of world leaders at Bretton Woods in 1944 was the only time countries from around the world agreed to overhaul the structure of the international monetary system. The system they set up presided over the longest, strongest, and most stable period of growth the world economy has ever seen.

At the very heart of the conference was the love-hate relationship between the Briton John Maynard Keynes, the greatest economist of his day, and his American counterpart Harry Dexter White (later revealed to be passing information secretly to Russian spies). Both were intent on creating an economic settlement that would put right the wrongs of Versailles. Both were working to prevent another world war. But they were also working to defend their countries' national interests.

Drawing on a wealth of unpublished accounts, diaries, and oral histories, this brilliant book describes the conference in stunning color and clarity. This is an extraordinary debut from a talented historian.

Summit: Bretton Woods, 1944: J. M. Keynes and the Reshaping of the Global Economy