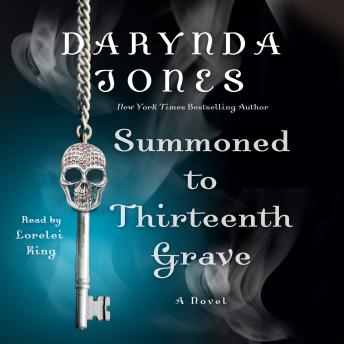 Summoned to Thirteenth Grave: A Novel

Charley Davidson, Grim Reaper extraordinaire, is pissed. She’s been kicked off the earthly plane for eternity – which is the appropriate amount of time to make a person stark raving mad. But someone’s looking out for her, and she’s allowed to return after a mere hundred years in exile. Is it too much to hope for that not much has changed? Apparently it is. Bummer.

She’s missed her daughter, she’s missed Reyes, and Beep, but now that she’s back on earth, it’s time to put to rest burning questions that need answers. What happened to her mother? How did she really die? Who killed her? And are cupcakes or coffee the best medicine? It all comes to a head in an epic showdown between good and evil in this final smart and hilarious audiobook.

'A variety of different character voices makes King's narration lively and entertaining.'—AudioFile Magazine on The Dirt on Ninth Grave

'King handles the many revelations and surprise cameos with aplomb. She doesn't skimp on Charley's trademark snarky humor, while still allowing a glimmer of her humanity to shine through. Overall, King provides a well-rounded heroine and a fully immersive listening experience.'—AudioFile Magazine on Eighth Grave After Dark

Summoned to Thirteenth Grave: A Novel