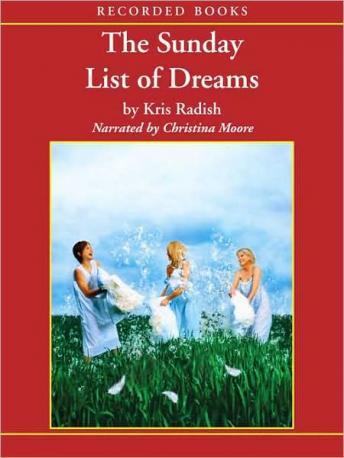 Kris Radish is a nationally syndicated columnist whose novels, favorably compared to those of Jodi Picoult, have won critical and popular acclaim. Her work features powerful women on a mission. In The Sunday List of Dreams, that woman is Connie Nixon. For as long as she can remember, Connie has tinkered with her list of dreams each Sunday. But she has never actually done anything about those dreams. And it's about time. Number 7 on the list: Find and reclaim estranged daughter Jessica. So Connie sets out for New York City to cross Number 7, the most important number, off her list. She tracks down straitlaced daughter Jessica-who, it turns out, is part owner of the most successful sex toy shop in America. Which might help with Number 14: Have sex. As Connie reclaims her daughter, she is finally able to find herself and accomplish the dreams she has put off for so long.