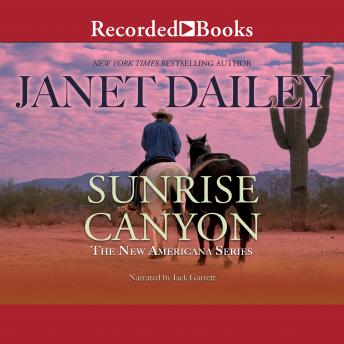 In the heart of Arizona's Sonora Desert, a little girl in need of her father, a woman in need of forgiveness, and a war hero in need of love come together to create a family. Before he left for Afghanistan, Jake O'Reilly had everything-a beautiful wife, a baby on the way, a wonderful life. Three years later, his wife is dead and he is so haunted by his memories of war that he can't bring himself to go home. But when his wife's grandfather tracks him down and persuades him to come work on his ranch, where Jake's daughter is living, he agrees-even though he is reluctant to expose his little girl to the man he's become. At Flying Cloud Ranch, his daughter doesn't recognize the brooding stranger he's become. But the beauty of the ranch and the immediate connection Jake feels with his wife's cousin Kira slowly begins to heal his wounds. Though he doesn't want any complications, he finds himself impossibly drawn to the tough woman who runs a horse therapy program for troubled teens. And as they each begin to imagine a new future, they discover that happily ever after is always within reach-if only you are willing to open your heart. Author bio: Janet Dailey's first book was published in 1976. Since then she has written more than 100 novels and become one of the top-selling female authors in the world, with 300 million copies of her books sold in nineteen languages in ninety-eight countries. She is known for her strong, decisive characters, her extraordinary ability to recreate a time and a place, and her unerring courage to confront important, controversial issues in her stories. You can learn more about Janet Dailey and her books at JanetDailey.com.