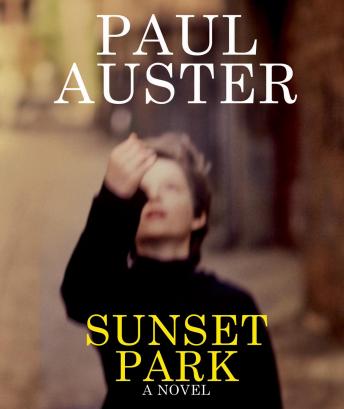 Sunset Park follows the hopes and fears of a cast of unforgettable characters brought together by the mysterious Miles Heller during the dark months of the 2008 economic collapse.

An enigmatic young man employed as a trash-out worker in southern Florida obsessively photographing thousands of abandoned objects left behind by the evicted families.

A group of young people squatting in an apartment in Sunset Park, Brooklyn.

The Hospital for Broken Things, which specializes in repairing the artifacts of a vanished world.

William Wyler's 1946 classic The Best Years of Our Lives.

A celebrated actress preparing to return to Broadway.

An independent publisher desperately trying to save his business and his marriage.

These are just some of the elements Auster magically weaves together in this immensely moving novel about contemporary America and its ghosts. Sunset Park is a surprising departure that confirms Paul Auster as one of our greatest living writers.