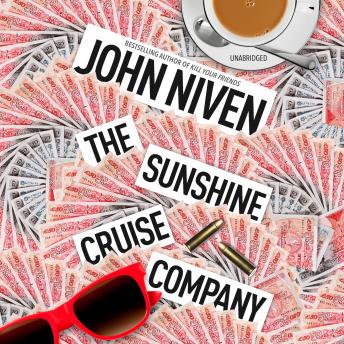 Susan Frobisher and Julie Wickham are turning sixty. They live in a small Dorset town and have been friends since school. On the surface Susan has it all – a lovely house and a long marriage to accountant Barry. Life has not been so kind to Julie, but now, with several failed businesses and bad relationships behind her, she has found stability: living in a council flat and working in an old people’s home.

Then Susan’s world is ripped apart when Barry is found dead in a secret flat – or rather, a sex dungeon. It turns out Barry has been leading a double life as a swinger. He’s run up a fortune in debts and now the bank is going to take Susan’s home.

Until, under the influence of an octogenarian gangster named Nails, the women decide that, rather than let the bank take everything Susan has, they’re going to take the bank. With the help of Nails and the thrill-crazy, wheelchair-bound Ethel they pull off the daring robbery, but soon find that getting away with it is not so easy.

The Sunshine Cruise Company is a sharp satire on friendship, ageing, the English middle classes and the housing bubble from one of Britain's sharpest and funniest writers.

I really enjoyed this audiobook. I am writing this review in the middle of the covid pandemic, things were getting on top of me as i should imagine they are for most people too. Anyway i just wanted something light and fun to listen to and this did the trick nicely. It is a bit like a cross between a Carry On film and Trainspotting. Please don't get it if bad language offends you as it is full of it and also some full on sexual descriptions, basically filthy black humour. That said, i think at its heart is the friendship between various disperate women and how old age creeps up on one. A bit of a Thelma and Louise plot. The narrator was excellent, i am relatively new to audio books but i soon understood that i could not enjoy a book if i did not like the narrators voice. My only caveat is that the two main charaters keep getting described as old ladies. They are 60! Now this probably has someting to do with the fact that i am approaching that age and could be in denial, but still...