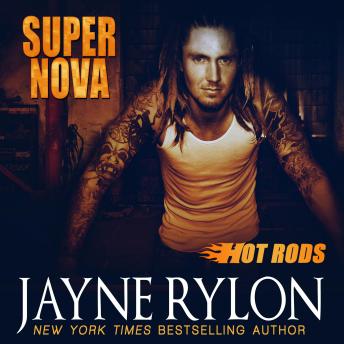 His demons are no match for her passion.

Kaige “Super Nova” Davis doesn’t carry a chip on his shoulder. It’s more like a beast in his belly…and right now the monster he’s fought so hard to tame is growling to unleash its legendary temper.

Eli has gone behind his back and hired a marketing consultant. But when Kaige storms into the office to give Eli hell, one look at the mocha-skinned brunette seated across the desk flips a switch in his brain. And in his pants.

Nola Brown has never experienced Kaige’s powerful brand of sexual charisma. He makes her want to ditch her professional façade and be herself—a mistake she can’t afford to make. Yet just as he talks her defenses down—and proves that grease marks look just as good on her skin as a silk suit—she stumbles in on one of the Hot Rods’ late-night, full-throttle sessions.

Now Kaige wonders if she’ll embrace this glimpse of their future, or if she’ll run as fast as her killer stilettos can take her.

This title is due for release on March 5, 2015
We'll send you an email as soon as it is available!