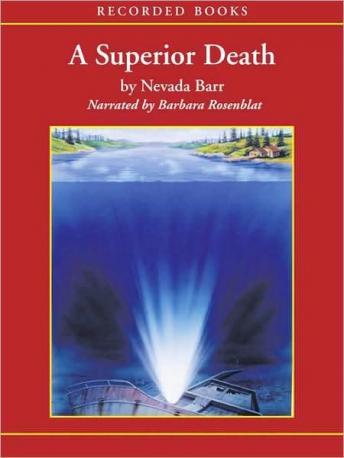 Nevada Barr quickly attracted the attention of mystery fans when her first Anna Pigeon mystery, Track of the Cat, appeared. Now she immerses the intrepid park ranger in a perilous search that will take her far below the waters of Lake Superior. As Anna spends her days patrolling its shores, the surface of Lake Superior fills with tourists. In the depths below lie an ancient ship and the bones of its sailors. But when two tourists dive down to see the wreck, they discover that a new body has joined the skeletal crew. As Anna tries to discover how and why, she encounters secrets darker and more deadly than the waters surrounding the corpse. Filled with suspense, A Superior Death is also laced with Anna Pigeon's self-deprecating humor. With Barbara Rosenblat's spirited narration, you'll immediately be scanning the splendid setting and looking for clues through the eyes of the savvy naturalist.