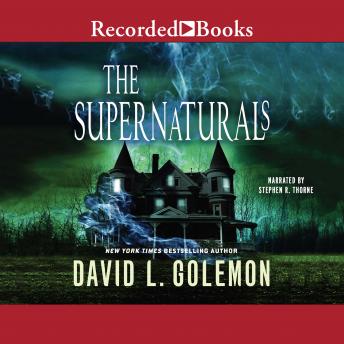 The New York Times bestselling author of The Event Group series launches a new series of paranormal thrillers just in time for Halloween. Built at the turn of the twentieth century by one of the richest and most powerful men in the world tucked away in the pristine Pocono Mountains, Summer Place, a retreat for the rich and famous, seems the very essence of charm and beauty, 'a scene borrowed from a wondrous fairytale of gingerbread houses, bright forests, and glowing, sunny meadows.' But behind the yellow and white trimmed exterior lurks an evil, waiting to devour the unwary... Seven years ago, Professor Gabriel Kennedy's investigation into paranormal activity at Summer Place ended in tragedy, and destroyed his career. Now, Kelly Delaphoy, the ambitious producer of a top-rated ghost-hunting television series, is determined to make Summer Place the centerpiece of an epic live broadcast on Halloween night. To ensure success, she needs help from the one man who has come face-to-face with the evil that dwells in Summer Place, a man still haunted by the ghosts of his own failure. Disgraced and alienated from the academic community, Kennedy wants nothing to do with the event. But Summer Place has other plans... As Summer Place grows stronger, Kennedy, along with the paranormal ghost hunting team, The Supernaturals, sets out to confront...and if possible, destroy...the evil presence dwelling there.

The narrator was great and hopefully there will be another book about The Supernaturals.

Good story! could have enjoyed it more with less gd expletives

This story had such potential. I wanted to enjoy it. I just couldn’t stand the main character. I think we’re supposed to like her but she comes across as being so selfish and self centered that I wanted to push her down the stairs. I quit reading when she gets mad at her husband, whose back is broken, because he can’t drag himself to the bathroom fast enough and wets his pants. What’s wrong with you, lady? If she was written this way on purpose I would understand, but it’s clear that we are supposed to see her as a modern woman who doesn’t need a man holding her back. For me, this was a big distraction from the main story. I did go back and finish it. There were some interesting parts.

I really liked this book. The narration was great and the story was pretty scary.

Loved the detail on this book, the action was described so clearly that I was freaked out. as a fan of the paranormal television shows, I will certainly view with a more critical eye. One grimace was the shot at Fox News at the end. Perhaps this book was written prior to the term Fake New!?