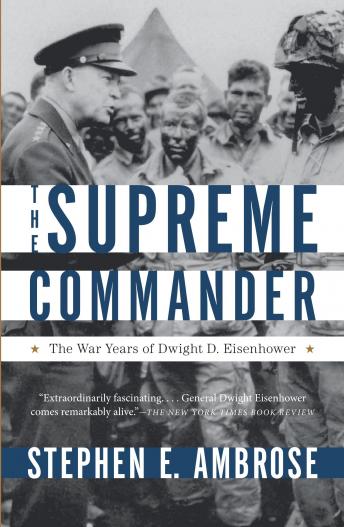 The Supreme Commander: The War Years of Dwight D. Eisenhower

Ambrose brings Eisenhower’s experience of the Second World War to life, showing in vivid detail how the general’s skill as a diplomat and a military strategist contributed to Allied successes in North Africa and in Europe, and established him as one of the greatest military leaders in the world. Ambrose, then the Associate Editor of the General’s official papers, analyzes Eisenhower’s difficult military decisions and his often complicated relationships with powerful personalities like Churchill, de Gaulle, Roosevelt, and Patton. This is the definitive account of Eisenhower’s evolution as a military leader—from its dramatic beginnings through his time at the top post of Allied command.