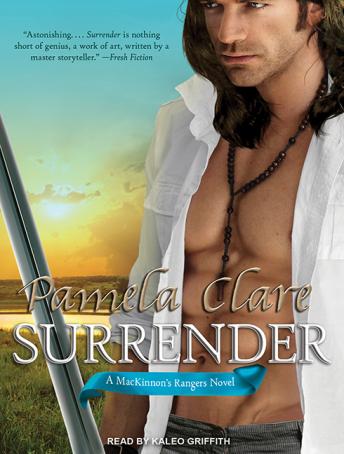 A hand-picked cadre of warriors, they had the fierce courage of their Scots forefathers, combined with the stealth and cunning of the Indians who lived beside them in the wilderness. Battling the French in a no-holds-barred combat, they forged a new brand of honor, became a new breed of men-MacKinnon's Rangers.

Iain MacKinnon had been forced to serve the British crown, but compassion urged him to save the lovely lass facing certain death at the hands of the Abenaki. He'd defied his orders, endangered his brothers, his men, and his mission, all for a woman. But when he held Annie's sweet body in his arms, he could feel no regret. Though he sensed she was hiding something from him, it was too late to hold back his heart. In love and war, there are times when the only course of action is . . . surrender.