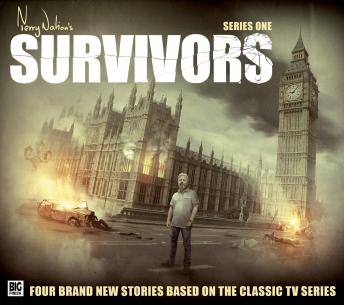 It begins with just a few people falling ill. Another flu virus that spreads around the globe. And then the reports begin that people are dying...

When most of the world's population is wiped out, a handful of survivors are left to pick up the pieces.

NOTE: Survivors contains adult material and is not suitable for younger listeners.

1. Revelation by Matt Fitton
When people begin to die of a new strain of a flu virus, newspaper journalists Helen Wiseman and Daniel Connor investigate. They uncover a terrifying story - but will anyone ever get to read it?