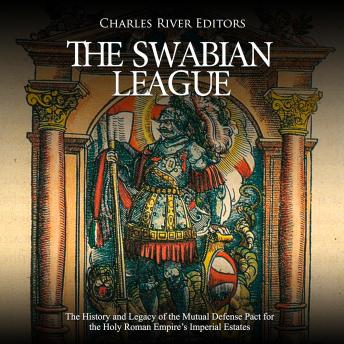 Swabian League, The: The History and Legacy of the Mutual Defense Pact for the Holy Roman Empire’s Imperial Estates

The Holy Roman Empire was a fascinating institution as well as one of the most perplexing and contradictory. It was both German and universal. It was created by the Catholic Church, yet in the end enshrined confessional freedom in its constitution. It was both an empire and a collection of loosely federated principalities and city-states. It was Roman, but based in Germany, and for most of its existence it either ignored the Vatican or was at war with it. The Swabian League, an alliance of cities and states in the southwest of Germany within the Holy Roman Empire was interesting in itself both for the way it influenced imperial politics and for how it shaped the German nation and thus the history of Europe.

There were two Swabian Leagues, with the first in the High Middle Ages and the second being formed during the Renaissance. The Protestant Reformation tore apart the alliances in the 16th century, and the divisions continued to influence the history of Germany well beyond the dissolution of the Holy Roman Empire in 1806. In fact, it can be argued that the Swabian League created the German nation as it exists today, and its influence lives on through the autonomous Swabian peoples who live in the federal German state of Baden-Wurttemberg.

The Swabian League: The History and Legacy of the Mutual Defense Pact for the Holy Roman Empire’s Imperial Estates examines the events that led to the formation of the Swabian League, and what eventually brought about its demise.

Swabian League, The: The History and Legacy of the Mutual Defense Pact for the Holy Roman Empire’s Imperial Estates