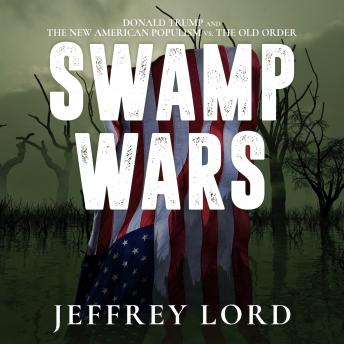 Swamp Wars: Donald Trump and the New American Populism vs. The Old Order

Donald Trump's insurgent candidacy and subsequent presidency are larger than the man. He has ridden a wave of populist anger, conservatism, and fervor for reform that is aimed directly at The Swamp: the entrenched powers-that-be in Washington and elsewhere, the Old Order of an elite government-media-academia triad. Swamp rulers and warriors alike have set the tone for American politics virtually unchallenged for a generation; now, however, they are caught surprised and flat-footed by the populist revolt that threatens their stranglehold on our nation's policy and politics.

Predictably, the Old Order has spent the Trump presidency attempting to delegitimize the New Populism-defining legitimate popular dissent as an outgrowth of racism, sexism, and other forms of bigotry, while executing vicious personal assaults on the character of anyone who speaks for the movement, whether it's Donald Trump, members of his administration, his few admirers in the media, or even average Trump-supporting Americans who have had the audacity to speak out.

These explosive Swamp Wars, erupting almost daily in 'breaking news' headlines, represent a pitched battle for the heart, soul, and future of America.