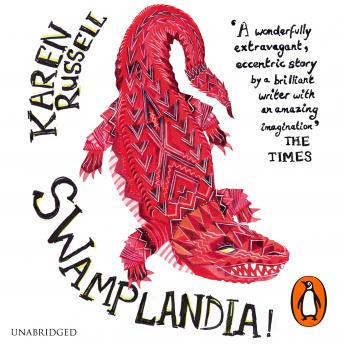 In the Florida Everglades, gator-park Swamplandia! is in trouble. Its star performer, the great beauty and champion alligator-wrestler Hilola Bigtree, has succumbed to cancer, and Ava, her resourceful but terrified 13-year-old daughter, is left in charge with her two siblings. But Ava's sister has embarked on a romantic relationship with a ghost, her brother has defected to a rival theme park, and her father is AWOL. And then a mysterious figure called Bird Man guides Ava into a perilous part of the swamp called the Underworld, promising he can save both her sister and the park...