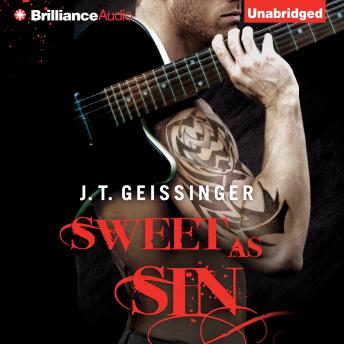 Twentysomething Kat Reid is loving life as an in-demand Hollywood makeup artist. She has absolutely no interest in rock 'n' roll, but in order to pay the mortgage, she agrees to work on the set of a rock video for the world-famous rockers known as Bad Habit...which brings her face-to-face with Nico Nyx, lead singer of Bad Habit and Adonis in the flesh.

However, the fiercely independent Kat isn't impressed by the hard-living, womanizing rock star. But when Nico's model girlfriend shows up to the set drunk and Kat is tapped to replace her as the video's sexy bride, her combustible chemistry with Nico suddenly threatens to consume the set. Nico feels it, too-and becomes determined to win Kat over, body and soul. Yet behind his rock god swagger, Nico hides a dark secret. Can he rock Kat's world forever, or will he just break her heart?