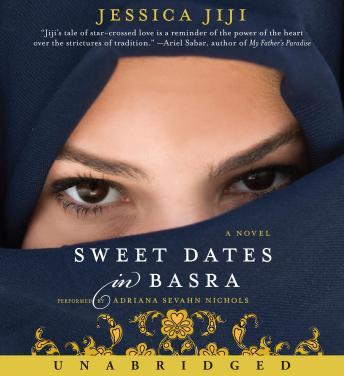 Sweet Dates in Basra: A Novel

Just when her family should be arranging her marriage, Kathmiya Mahmoud, a young Marsh Arab maiden, is sent from her home in Iraq's idyllic countryside to the unfamiliar city of Basra, where she must survive on her paltry earnings as a servant. Her only asset—her exquisite beauty—brings more peril than peace. Worse, her mother appears to be keeping a secret about her own mysterious past, one that could threaten Kathmiya's destiny forever.

In this lost Iraq of the 1940s, a time of rich traditions and converging worlds, Kathmiya meets Shafiq, a Jewish boy whose brotherhood with his Muslim neighbor Omar proves that religion is no barrier to friendship. But in a world where loss of honor is punishable by death, the closeness that grows between Kathmiya and Shafiq becomes dangerous as a doomed love takes root. When British warplanes begin bombing Iraq and the country's long-simmering tensions explode, the power of an unbreakable boyhood bond and a transcendent love must overcome the deepening fractures of a collapsing society.

Set during the tumultuous years surrounding the Second World War, Sweet Dates in Basra is the redemptive story of two very different cultures, and a powerful reminder that no walls can confine the human spirit.