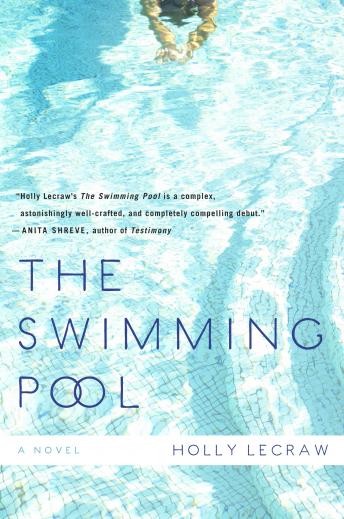 A heartbreaking affair, an unsolved murder, an explosive romance: welcome to summer on the Cape in this powerful debut.Seven summers ago, Marcella Atkinson fell in love with Cecil McClatchey, a married father of two. But on the same night their romance abruptly ended, Cecil's wife was found murdered—and their lives changed forever. The case was never solved, and Cecil died soon after, an uncharged suspect. Now divorced and estranged from her only daughter, Marcella lives alone, mired in grief and guilt. Meanwhile, Cecil's grown son, Jed, returns to the Cape with his sister for the first time in years. One day he finds a woman's bathing suit buried in a closet—a relic, unbeknownst to him, of his father's affair—and, on a hunch, confronts Marcella. When they fall into an affair of their own, their passion temporarily masks the pain of the past, but also leads to crises and revelations they never could have imagined. In what is sure to be the debut of the season, The Swimming Pool delivers a sensuous narrative of such force and depth that you won't be able to put it down.