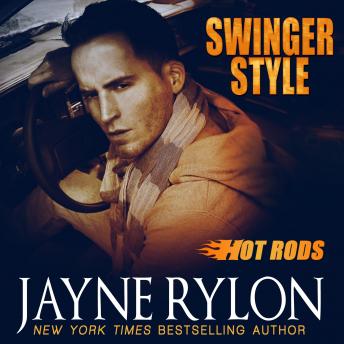 She’s running on empty…and he’s ready to fill her up.

After watching his mother crumble in the face of heartbreak, Holden believes monogamy is bull. New week, new woman, that’s just how he rolls. Too bad one taste of Sabra Harp leaves him salivating for more.

Sabra was ready for the climb from local news reporter to national anchor—before her pursuit of a story almost destroyed the Hot Rods, whose friendship she has admired from afar. Too bad they all hate her guts. That’s okay, she despises what she’s become too…enough that she’s just told her boss where to stick it.

When Holden drives a drunken Sabra home and puts her to bed, her blatant invitation almost has him following her between the sheets. She’s willing to let him take charge in bed, friends included—and he’s willing to listen to her amazing business proposition, which could rocket the Hot Rods to stardom.

Yet as his friends have paired off, Holden realizes that to participate in their polyamorous games without becoming a third wheel, he needs Sabra. And she needs him…oh, how she needs him.