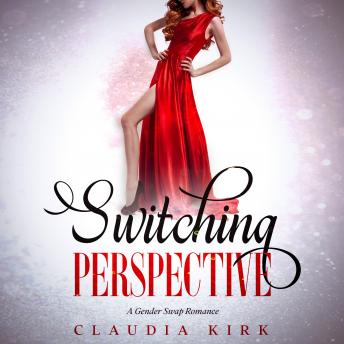 Carl has had the week from hell, and when a weird old lady tries to talk to him at the bus stop on a Friday night it is the last straw. Maybe he is a little rude to her, but so what? She seems nuts anyway, fingers covered in silver rings in bizarre shapes, and hair skewered with a wicked looking pin. “You wouldn’t last one day as a lady, you mark my words” she says ominously.

All he wants is a quiet weekend to relax, but the first thing he hears when he wakes up the next morning is his girlfriend demanding to know who the hell he is, and what he’s done with her boyfriend.

“Abby? I’m your boyfriend. Remember? Do you remember?”

“How can you be my boyfriend when you’re a woman” demanded Abby, her voice frosty now.

Carl still had no idea what was going on. “A… woman?” He noticed for the first time that his own voice was different. It was higher. Glancing down at his hands again he realized what exactly was different about them – they looked more delicate. They looked more feminine.

Now Carla is about to embark on a weekend of figuring out how to handle her new body, and after the initial bumpy landing her girlfriend Abby is only too happy to join her in that project. But when the weekend ends, will she change back? And does she even want to?

This title is due for release on August 14, 2020
We'll send you an email as soon as it is available!