Switching Time: A Doctor's Harrowing Story of Treating a Woman with 17 Personalities 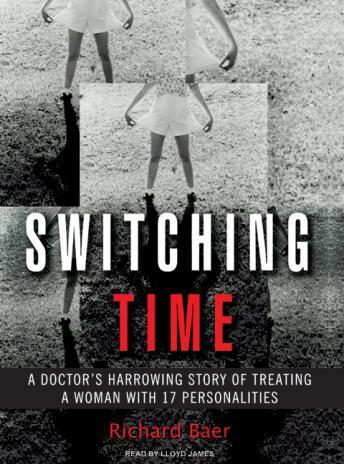 Switching Time is the first story centering on multiple personality disorder to be told by the treating physician. It is the incredible saga of a young woman stranded in unimaginable darkness who, in order to survive, created seventeen different versions of herself.

In 1989, Karen Overhill walked into the office of psychiatrist Richard Baer complaining of depression. She poured out a litany of complaints, but in the disengaged way of someone who has experienced a terrible trauma. Slowly, Baer began to peel back the layers, eventually learning that Karen had been the victim of childhood sexual abuse. As time passed, though, his patient worsened and began to talk continually of suicide. Details of her abuse accumulated until he saw, via hypnosis, the true dimension of what Karen had suffered.

Baer was at a loss to explain Karen's sanity, precarious though it was, until he received a letter from a little girl, Claire. One by one, Karen's 'alters' began showing themselves-men, women, young boys, a toddler, black, white, vicious, nurturing, prim, licentious. And their 'stepping out' confronted Baer with the challenge of a lifetime. Somehow, to save Karen, he would have to gain the trust of her alters in order to destroy them.

Switching Time: A Doctor's Harrowing Story of Treating a Woman with 17 Personalities