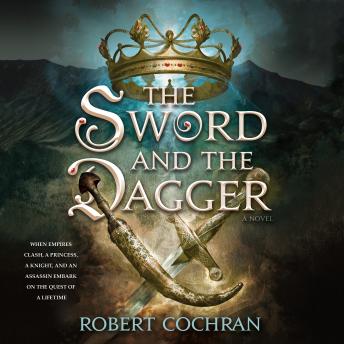 The Sword and the Dagger: A Novel

The Sword and the Dagger is an epic YA historical adventure by debut novelist Robert Cochran, the Emmy Award-winning executive producer and co-creator of the hit TV series 24.

When empires clash,
a Princess, a Knight, and an Assassin
embark on the quest of a lifetime

During the time of the Crusades, an unlikely trio—a Christian princess, her affianced prince, and a Muslim assassin—embarks on a quest to the court of the most fearsome warrior the world has ever known, Genghis Khan.

A rousing tale of adventure and romance about three young people who must grapple with fundamental issues of loyalty, friendship, faith, honor, and courage against the backdrop of conflicts that still resonate today.

Sword and the Dagger: A Novel