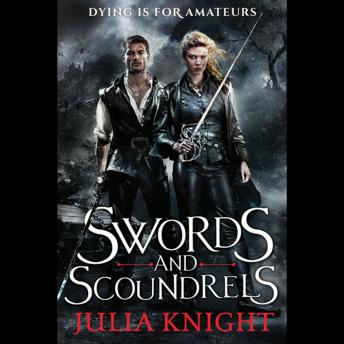 What could possibly go wrong?

Vocho and Kacha are champion duelists: a brother and sister known for the finest swordplay in the city of Reyes. Or at least they used to be-until they were thrown out of the Duelist's Guild.

As a last resort, they turn reluctant highwaymen. But when they pick the wrong carriage to rob, their simple plans to win back fame and fortune go south fast.

After barely besting three armed men and a powerful magician, Vocho and Kacha make off with an immense locked chest. But the contents will bring them much more than they've bargained for when they find themselves embroiled in a dangerous plot to return an angry king to power. . ..

Swords and Scoundrels is the first book in The Duelist's Trilogy -- a tale of death, magic, and family loyalty.