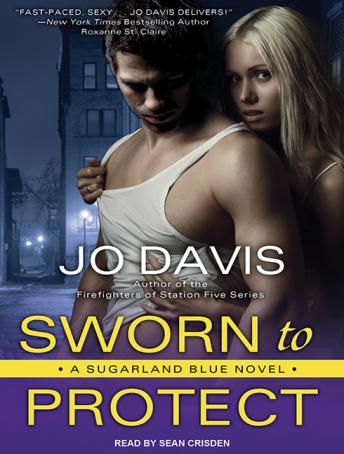 Detective Shane Ford, Sugarland's favorite cop, has been blindsided by the sudden death of his best friend, NFL star Brad Cooper, and by becoming the legal guardian of Brad's son, Drew-a bitter, angry sixteen-year-old with a dangerous secret. Shane is determined to pry the truth from Drew, but he manages only to alienate him-and winds up going head-to-head with Juvenile Officer Daisy Callahan, whose job is to protect the teen's best interests.

Shane has always been drawn to Daisy's beauty and strength, but he's determined not to allow their intense attraction to interfere with his duty ever again. It's a vow that will prove difficult to keep, as the realities of Shane and Daisy's blossoming love and their growing bond with the grieving teen propel Shane headlong into danger for the new family he has sworn to protect.

This title is due for release on December 9, 2013
We'll send you an email as soon as it is available!