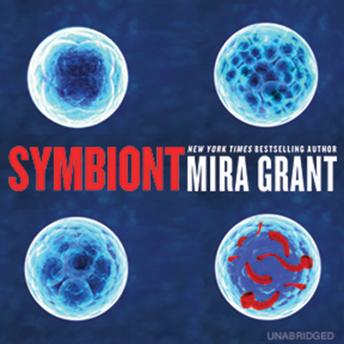 THE ENEMY IS INSIDE US.
The SymboGen designed tapeworms were created to relieve humanity of disease and sickness. But the implants in the majority of the world's population began attacking their hosts, turning them into a ravenous horde.
Now those who do not appear to be afflicted are being gathered for quarantine as panic spreads, but Sal and her companions must discover how the tapeworms are taking over their hosts, what their eventual goal is, and how they can be stopped.

ParasitologyParasiteSymbiont Chimera
For more from Mira Grant, check out:
Newsflesh FeedDeadlineBlackout
Newsflesh Short Fiction Apocalypse Scenario #683: The BoxCountdownSan Diego 2014: The Last Stand of the California BrowncoatsHow Green This Land, How Blue This SeaThe Day the Dead Came to Show and TellPlease Do Not Taunt the Octopus