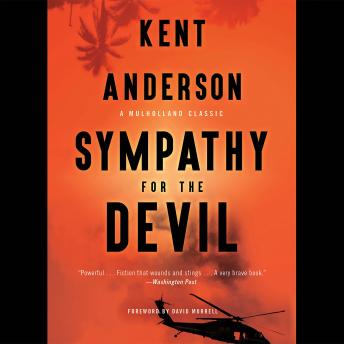 Sympathy for the Devil

Kent Anderson's stunning debut novel is a modern classic, a harrowing, authentic picture of one American soldier's experience of the Vietnam War--'unlike anything else in war literature' (Los Angeles Review of Books).
Hanson joins the Green Berets fresh out of college. Carrying a volume of Yeats's poems in his uniform pocket, he has no idea of what he's about to face in Vietnam--from the enemy, from his fellow soldiers, or within himself. In vivid, nightmarish, and finely etched prose, Kent Anderson takes us through Hanson's two tours of duty and a bitter, ill-fated return to civilian life in-between, capturing the day-to-day process of war like no writer before or since.

Sympathy for the Devil