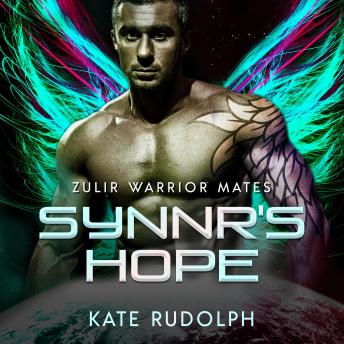 She's stuck on the wrong planet…

Lena is supposed to be back on Earth, but any chance of returning home was stolen by the aliens who kidnapped her. She's safe from those pirates now, but she's going crazy on Aorsa with nothing to do. Her only hope lies with Solan, the smokin' hot military leader responsible for rescuing her from her former captors. She'll team up with him to earn her wings—literally—but no matter what, they're not falling in love.

He can't claim a human…

Things were simple in the military: follow orders, take out bad guys, protect his people. At home in Osais, Solan has a heap of family obligations and expectations he can't live up to. Adding a human Match on top of things will only complicate matters, but a Matched unit could go far in the Synnr military. To bond with Lena, he has rules and one is more important than any other: their relationship is strictly professional.

But when they fail to gel as a unit, they're sent off to intensive training in the middle of nowhere. Just Solan, Lena, and a house determined to hone them into the best team they can be. When sparks start flying, there's nothing to stop the two of them from crashing together with explosive heat.