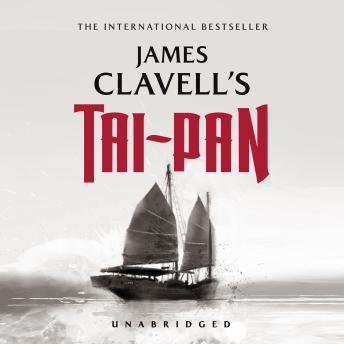 “There can only be one Tai-Pan.”

Dirk Struan rose from humble beginnings to build Struan & Company, also known as the Noble House, into the world’s largest Far East trading company. He is now the Tai-Pan—Supreme Leader—of all Tai-Pans in China. Along the way, however, he made a powerful enemy. Tyler Brock, Struan’s rival from their early opium-smuggling days, also heads a large trading fleet, second in size only to Struan’s. But it is not only silks and spices that drive their mutual companies’ wealth—the opium trade is still booming. War between England and China might be over, but the hostilities remain. Struan and Brock come to control much of England’s trade with China yet neither can control their desires or their hatred of each other. Over the years, their two families will cross paths, threatening to rip both apart, with reverberations that will echo across the generations.

Struan must fight to save his company and his family, or risk seeing everything he has created destroyed at the hands of his sworn enemy. Ambition, political intrigue, and love and lust weave their way throughout the novel the New York Times called, “grand entertainment…packed with action…with blood and sin, treachery and conspiracy, sex and murder.” East and West come together in an opulent and intricately plotted narrative. A tour-de-force of historical fiction, rich in detail yet eminently readable, Tai-Pan will stay with you long after the final page.