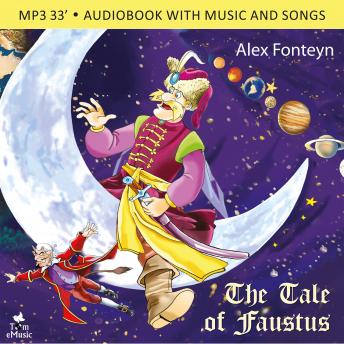 The Tale of Faustus

The Tale of Faustus is rooted in an old story, the tale of Lord Harding (Twardowski in its original version) which belongs today to the canon of Polish and world literature. It tells the story of a renaissance nobleman from Cracow, who according to legend sells his soul to the devil to learn the secrets of human existence and black magic. With the help of Mephistopheles, Lord Harding acquires supernatural powers and fame. The daring nobleman uses his position as much as he can, dodging his pious wife pleading for his conversion and Mephistopheles calling to give him his soul. In the end, the devil turns out to be craftier, wins Harding’s soul by deceit and drags him to hell. But on the way, the fervent prayers of both husband and wife weaken the devil, who drops Harding in flight, not on Earth, but on the Moon. In this beautiful, artistic and very literary staging, the famous legend finds all its fascinating charm and depth. The youngest viewers listening to the actors’ musical interpretation will travel into the world of great literature.

This title is due for release on November 29, 2019
We'll send you an email as soon as it is available!