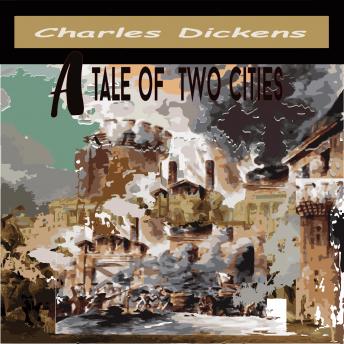 A Tale of Two Cities, a story of rebellion, vengeance and sacrifice, is one of Charles Dickens' greatest exhilarating narratives. Set in contradiction of the setting of the French Revolution, it articulates the story of a family threatened by the terrible events of the past.
Dr Manette, wrongly confined in the Bastille for eighteen years, is finally free and unified with his daughter Lucie who, notwithstanding her French origin, has been brought up in London. Lucie falls in love with Charles Darnay, who has abandoned both wealth and title in France because of his political convictions. When revolution breaks out in Paris, Darnay returns to the city to help an old family servant, but is soon arrested because of the crimes committed by his relations. Lucie, aided by young lawyer, Sydney Carton, follows him across the Channel, thus putting all their lives in danger.
With an afterword by Sam Gilpin. These merits and the many vivid and, in the main, true pictures of the Revolution give one good reason for calling The Tale of Two Cities a great novel. From it, a host of readers will continue to receive their first and most lasting impression of a great historical event, and at the same time will be exalted in mood by the heroic self-sacrifice of Sidney Carton.