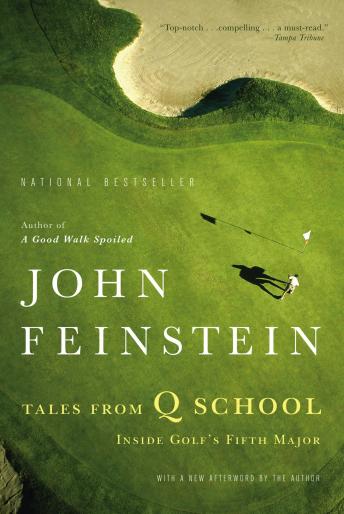 It is the tournament that separates champions from mortals. It is the starting point for the careers of future legends and can be the final stop on the down escalator for fading stars. The annual PGA Tour Qualifying Tournament is one of the most grueling competitions in any sport. Every fall, veterans and talented hopefuls sweat through six rounds of hell at Q school, as the tournament is universally known, to get a shot at the PGA Tour, vying for the 30 slots available.

The grim reality: If you don't make it through Q school, you're not on the PGA tour. You're out. And those who make it to the sixday finals are the lucky ones: hundreds more players fail to get through the equally grueling first two stages of the event. John Feinstein tells the story of the players who compete for these coveted positions in the 2005 Q school as only he can. With arresting accounts from the players, established winners, rising stars, the defeated, and the endlessly hopeful, America's favorite sportswriter unearths the inside story behind the PGA Tour's brutal all-ornothing competition.

This title is due for release on May 2, 2007
We'll send you an email as soon as it is available!