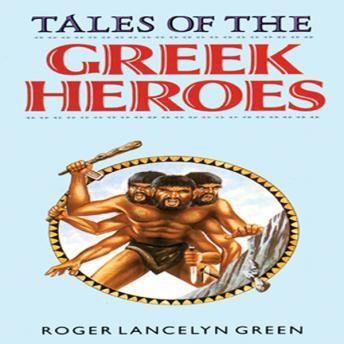 Tales of the Greek Heroes

Gods andheroes are brought to life in this masterful retelling of the legends and talesof ancient Greece.
Here are thegreat stories of the Heroic Age, from the myths of the making of the universeto the death of Heracles-also called Hercules. Set against the colorfulbackground of Greece and the Aegean, the adventures of heroes such as Perseusthe Gorgon-slayer, Dionysus, Theseus, and Jason and the Argonauts once againcome to life.
In this skillful retelling, these tales are asvivid and exciting as when they were first told three thousand years ago. Withjust the right levels of complexity, action, and adventure, this volume willsatisfy listeners of all ages. The story of ancient Greece is continued in The Tale of Troy.

Tales of the Greek Heroes