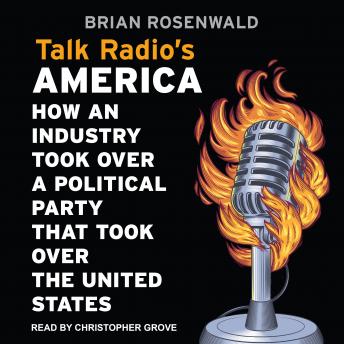 Talk Radio's America: How an Industry Took Over a Political Party That Took Over the United States

The cocreator of the Washington Post's Made by History blog reveals how the rise of conservative talk radio gave us a Republican Party incapable of governing and paved the way for Donald Trump.

Radio hosts form a deep bond with their audience, which gives them enormous political power. Unlike elected representatives, however, they must entertain their audience or watch their ratings fall. Talk radio boosted the Republican agenda in the 1990s, but two decades later, escalation in the battle for the airwaves pushed hosts toward ever more conservative, outrageous, and hyperbolic content.

Donald Trump borrowed conservative radio hosts' playbook and gave Republican base voters the kind of pugnacious candidate they had been demanding for decades. By 2016, a political force no one intended to create had completely transformed American politics.

Talk Radio's America: How an Industry Took Over a Political Party That Took Over the United States