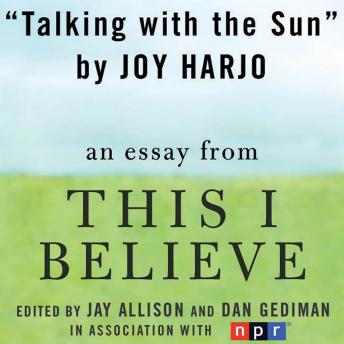 Talking with the Sun: A 'This I Believe' Essay

Poet Joy Harjo reflects on the importance of maintaining her ancestors' connection to the sun, in 'Talking with the Sun,'* her contribution to NPR’s This I Believe series.

*This essay also aired as 'A Sacred Connection to the Sun'

A must listen to.