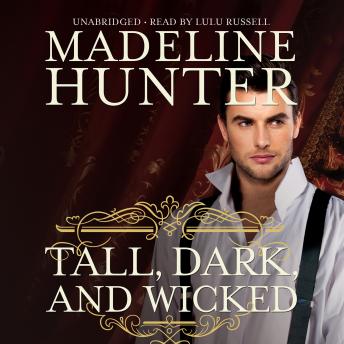 Most women will give him anything he wants. She is not most women …

As a well-known barrister and the son of a duke, Ives confines his passionate impulses to discreet affairs with worldly mistresses. A twist of fate, however, has him looking for a new lover right when a fascinating woman shows up in his chambers, asking him to help save her father from the gallows. Unfortunately, he has already been asked to serve as the prosecutor in the case, but that only ensures close encounters with the rarity named Padua Belvoir. And every encounter increases his desire to tutor her in pleasure’s wicked ways.

Having always been too tall, too willful, and too smart to appeal to men, Padua Belvoir is shocked when Ives shows interest in her. Knowing his penchant for helping the wrongly accused, she had initially thought he might be her father’s best hope for salvation. Instead, he is her worst adversary—not least because every time he looks at her, she is tempted to give him anything he wants.