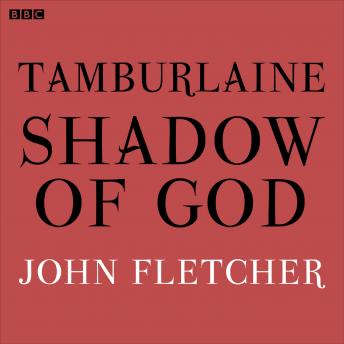 John Fletcher’s BBC Radio 3 full-cast play explores the dramatic clash between three key historical figures: a warlord, a historian and a poet. Originally broadcast in Radio 3’s ‘Drama on 3’ slot on 16 November 2008. As war swirls around them, three of the most important figures in the history of the Middle and Near East are brought together in fierce debate: how can a successful society be built, and what does it need to do to endure? The play draws together Tamburlaine, conqueror of the world, and two of his contemporaries: Ibn Khaldun, the world's first sociologist, and Hafez, the great Sufi mystic and poet. ‘Tamburlaine: Shadow of God’ is a blood-soaked history and a serious debate, exploring three very different views of the philosophy on which a successful society should be built, and the values it needs to espouse in order to endure. Jeffery Kissoon plays Tamburlaine, John Rowe plays Ibn Khaldun with Conleth Hill as Hafez. The cast also includes Jonathan Taffler, Inam Mirza, Stephen Critchlow, Dan Starkey, Donna Hughes, Chris Pavlo, Gunnar Cauthery and Robert Lonsdale. Directed by Marc Beeby.