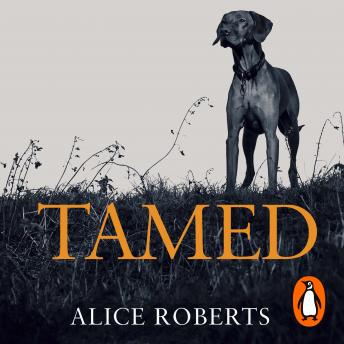 The extraordinary story of the species that became our allies.

For hundreds of thousands of years, our ancestors depended on wild plants and animals for survival. They were hunter-gatherers, consummate foraging experts, taking the world as they found it. Then a revolution occurred – our ancestors’ interaction with other species changed. They began to tame them. The human population boomed; civilisation began.

She reveals how becoming part of our world changed these animals and plants, and shows how they became our allies, essential to the survival and success of our own species.

Enlightening, wide-ranging and endlessly fascinating, Tamed encompasses thousands of years of history and archaeology alongside cutting-edge genetics and anthropology. Yet it is also a deeply personal journey that changes how we see ourselves and the species on which we have left our mark.

AN ECONOMIST AND MAIL ON SUNDAY 'BOOK OF THE YEAR' 2017

Very well narrated. So easy to understand and such an interesting subject.