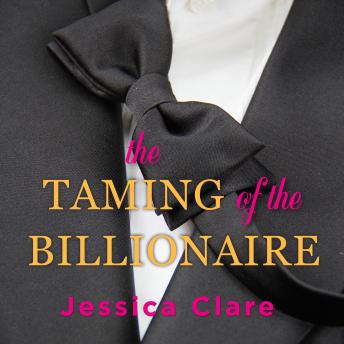 The Taming of the Billionaire

Edie's an overbearing cat behaviorist who's not big on people. Magnus is a newly rich game developer who likes to be in control. When the two of them meet at Gretchen and Hunter's masquerade engagement party, the loathing is mutual. But when Magnus's younger brother falls for Edie's sister, he begs for his brother's help in concocting a plan to win her over. If Magnus can keep the prickly Edie occupied, his brother will have time to woo Edie's sister. Of course, Magnus isn't interested in the slightest, but he has to admit that Edie is intriguing. She's stubborn, smart, and sexy-and they might have more in common than they thought.

Before long, it becomes a challenge between the two of them to see who will be tamed first. But how's Edie going to react when she finds out that Magnus is using her? And how's Magnus going to handle the fact that he's fallen for a cat lady?

Taming of the Billionaire