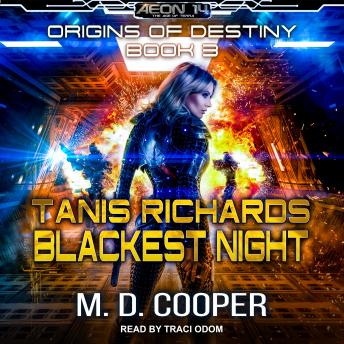 In OuterSol a handshake often comes with a knife in the back.

It's been six months since the events on Europa. During that time, Tanis and the crew of the Kirby Jones have been working to uncover who was behind her betrayal and the oligarch's near assassination.

When a routine intel handoff with the Jovians takes a turn for the worse, Tanis finds herself deeper in the spy game than she ever wanted to be.

Now, on a short timetable to get to Earth, Tanis is forced to make a stop at Saturn. When she arrives, she finds things to going just like they always are.

Now in a race to save not only herself but millions of others, Tanis must do the unimaginable and face her blackest night.