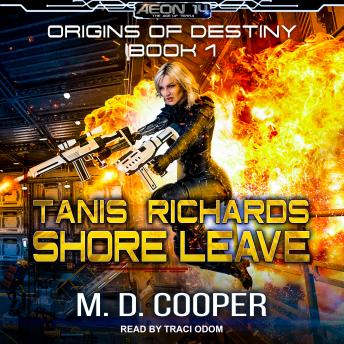 Commander Tanis Richards has finally come into port after a seven month tour on the edge of Jovian space, and she's looking forward to some much deserved shore leave. But Tanis's commanding officer has other things in mind for her.

Enfield Technologies has developed a new technique to pair enhanced L2 humans with AIs, and the military wants Tanis to undergo the procedure. Though she feared the worst, after meeting Darla, Tanis realizes that having an AI-especially a fabulously wealthy one-is better than she'd ever imagined. Darla foots the bill for Tanis to enjoy her convalescence at The Grand Eire, Vesta's most luxurious resort.

Swimming in the infinity pool with a stunning view of space is just what the doctor ordered, except it will be far from a restful vacation. Everything starts to go downhill when Tanis sees someone who should be nowhere near the resort-largely because Tanis had killed him a week ago.

Tanis is thrust into a mysterious conspiracy that could bring down the Federation, but when she gets to the bottom of it, what she finds is . . . none other than herself.