The Tao Of Bergerac 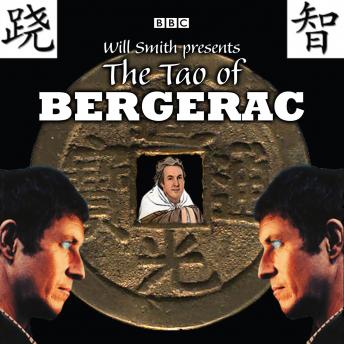 Written By: Roger Dew, Will Smith

The complete BBC Radio 4 series starring comedian Will Smith and John Nettles. Will Smith is obsessed with Bergerac, the classic TV show set in Jersey, and has one guiding force: an audio book of John Nettles reading the ancient Chinese text of the Tao. This helps Will find a way through when the road seems blocked. Now Will brings the Tao of Bergerac to you. First heard on BBC Radio 4, over four episodes Will navigates the minefields of justice, individuality, love and machismo. The Tao tells Will to be himself. So why did going to the sixth form ball dressed as Gandalf make him uncool? And is it wrong to dump a woman because she doesn’t alphabetise her CDs? Each episode features guest-starring cameos from John Nettles and climaxes with Will’s tour-de-force – the ‘Six Degrees of Bergerac’ – where he links the TV show to any film suggested by the audience in six steps or less.

by Roger Dew, Will Smith