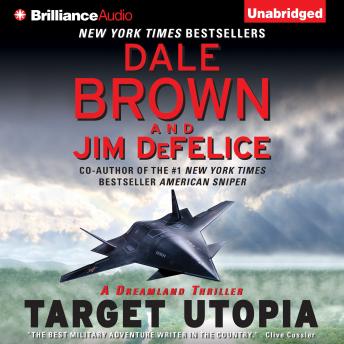 When Muslim extremists are found with a mysterious UAV in the Malaysian part of Borneo, Colonel Danny Freah and his Whiplash team are sent to investigate. They discover that Dreamland's drone technology has been stolen. Who has betrayed them? China is rumored to be involved, as is Russia. But finding out who's really bankrolling the guerrillas means finding someone who knows combat UAVs inside and out. Someone with nothing to lose. Someone like Air Force ace Turk Mako.

Yet as Mako and Freah learn, the conspiracy is deeper and darker than either imagined. With the situation worsening, the Whiplash team finds itself in a desperate race to recover their aircraft and capture the perpetrators- without setting off World War III.