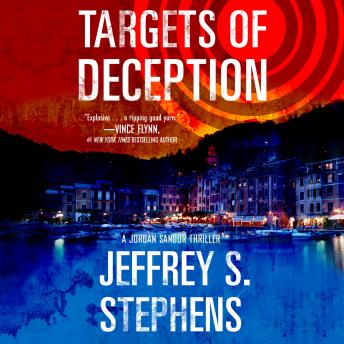 Ex-CIA agent Jordan Sandor races against time to prevent a worldwide terrorist plot in the page-turning thrilling prequel to Targets of Opportunity.When Jordan Sandor resigned from active service with the Central Intelligence Agency, it was before September 11th, before the fall of Saddam Hussein, and before the world had so dramatically changed.

He is reluctantly drawn back into action when a series of violent events leads him to suss out a new al-Qaeda conspiracy to initiate cataclysmic assaults with poison gas.Sandor follows the deadly trail from New York to Florida to Paris and, ultimately, to the small town of Portofino on the Italian Riviera.

Never sure who he can trust and who may be an enemy, Jordan relies on his experience, instincts, and skills as he risks his life to uncover plans for attacks against the United States and its allies. When Sandor discovers a rogue agent behind the plot, he realizes he is the one man who can prevent the catastrophe that could put the lives of millions of people at stake.