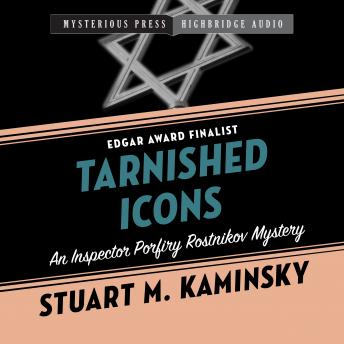 During the widespread corruption of the Yeltsin era, violent crime has risen in Moscow by 200 to 300 percent, keeping Inspector Porfiry Rostnikov and his team at the Office of Special Investigation busier than ever. So it's fortunate that having his bad leg amputated six months ago and replaced by a prosthetic limb has not slowed down the veteran Moscow cop one bit.

Now he's investigating a hate-fueled crime wave, as a bloodthirsty gunman wages a campaign to systematically exterminate the city's Jews. At the same time, a knife-wielding rapist is running rampant. Despite the urgent demand to end the mayhem, the inspector finds himself most intrigued by a centuries-old mystery concerning a murdered baroness and a priceless golden wolf statue that has been missing since 1862.

Stuart Kaminsky's long-running, Edgar Award-winning series has seen his intensely moral Moscow police inspector through the turbulence of several regimes, and always 'Kaminsky takes care not to rob his beleaguered cops of their human core' (The New York Times).