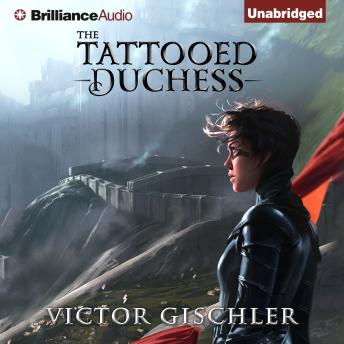 #2 of A Fire Beneath the Skin

In the second installment of the A Fire Beneath the Skin trilogy, Rina Veraiin has youth, beauty, and strength. She is a born warrior, able to outride any man, deal death with her fierce blade, and command awesome and mysterious forces granted to her by a set of magical tattoos. Now as the newly minted duchess of Klaar, Rina confronts a menace that threatens her world in a divine conflict that will push her newfound abilities to their limits.

As sinister and magical forces unite against her, Rina’s only chance at stopping them is to gain new tattoos that will increase her powers beyond anything she has known before. United with her few trusted companions, she makes her desperate quest across a bloodshed-ravaged land while war brews among the gods.

With the enchanted world of Helva hanging in the balance, Rina must learn to wield extraordinary power to save herself and her people, before unimaginably powerful forces—and the savage fury of the gods—tear apart the land forever.

This book was initially released in episodes as a Kindle Serial. All episodes are now available for immediate download as a complete book.

I have enjoyed this series.